Google Pixel 6 and Pixel 6 Pro is coming with new camera sensors: There is strong speculation that Google may launch two flagship Pixel 6 series smartphones in September or October. This speculation is further fueled by the recently leaked Pixel 6 and Pixel 6 Pro renders. In most cases, the design of the original smartphone does not match the unofficial render. However, confirming through sources, the tipsters say that the new renders are absolutely perfect. However, they are of the opinion that the color options will be different during the launch. Meanwhile, the Google I/O Developer Conference is starting on May 16. There is little chance of anything important being announced about the Pixel 6 series. Although there is no end to the practice of online phones. 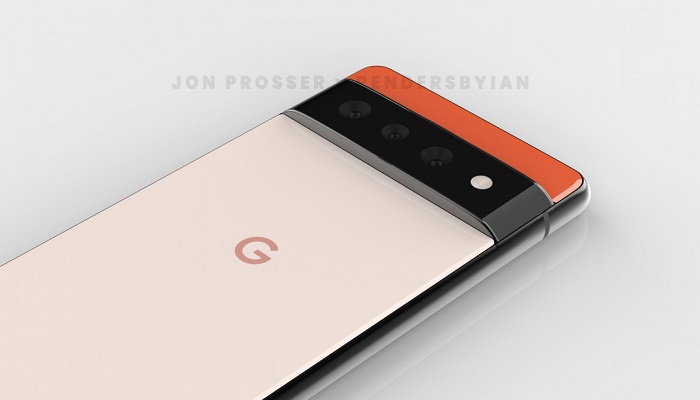 After the render came to the fore, now big information has been leaked about the camera of the Pixel 6 phone. Google will use new sensors in the camera of this year’s Pixel 6 and Pixel 6 Pro smartphones. The information was leaked by popular tipster Max Weinbach. Note that

Google will add new camera sensors to the Pixel 6 and Pixel Pro, Max Winbatch claims. He did not say the details of the sensor. However, it has been confirmed that Google is finally saying goodbye to its predecessor Sony IMX36 sensor. Incidentally, Google has been using this sensor since the Pixel 3 series. It is actually a 12.2-megapixel 1.4-micron sensor with a frame aperture of f / 1.6.

Meanwhile, from the flagship to the mid-range device, a 106-megapixel camera has also been introduced. However, despite the advantages of high-resolution cameras, having a camera on a smartphone does not necessarily mean that the picture is guaranteed. The size of the sensor, software optimization plays a crucial role in capturing good images. The camera upgrade is expected to bring Google, 4K60fps video recording to the Pixel 6 and Pixel 6 Pro smartphones.

Looking at the leaked render, it is clear that the Google Pixel 6 Dual Camera and Google Pixel 6 Pro will come with a triple rear camera setup. The specification of the camera was not known. The Pixel 6 will have a very slim bezel around the screen. As a result, it will offer a high screen-to-body ratio. The Pixel 6 Pro smartphone has the same front design. However, its display seems to be a bit bigger than the standard version.