Charge all iPhone and Android phones in one place, iGear launches charging station: No matter what the charging port of the smartphone is, the days of worrying about it are over. Because using a charger from now on is enough to charge a device with different types of charging ports! Can’t believe it? However, iGear, a company that manufactures various devices used in smartphones, has done just that. For smartphones, they have recently developed a type of charging device where it is possible to charge wired and wireless devices at the same time. The iGear company has named their device Dockme 3-in-1 which comes with a 360-degree rotating dock and a wireless charging pad. Let’s take a look at the details of this new tool from iGear. 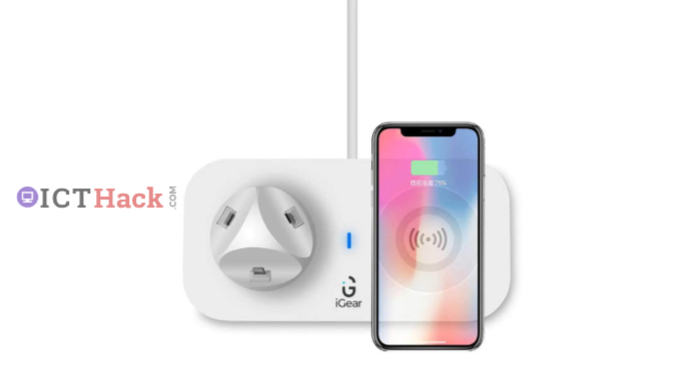 As mentioned earlier, the iGear Dockme 3-in-1 charging device can be used to charge any type of smartphone – from Android to Apple iPhone. It has a 360-degree rotating dock, micro-USB, Type-C, and the necessary lighting ports for the iPhone – all three. The company claims that due to the presence of a rotating dock, buyers will be able to use the device very smoothly.

Also between the dock and the wireless charging pad, the product has a small blue LED indicator that will signal the buyer when in use. Although multiple charging ports exist, the Dockme 3-in-1 charging device is known to charge only one smartphone at a time. Interested people can buy this product from popular e-commerce companies Amazon and Flipkart. Initially, this charging device is priced at Rs 1,500 which comes with a 1-year standard warranty.

Commenting on the product launch, Neha Sharma, one of the heads of iGear, said: It has the advantage of charging multi-brand smartphones. Buyers can use this tool everywhere, whether at home or in the office. In addition to charging, its 360-degree rotating dock will also prove its usefulness as an awesome smartphone stand, ideal for video chatting or working from home. I firmly believe that our product will meet the needs of countless people. ”