Vivo today launched their S15 smartphone series in the home market of China as expected. Screens have been removed from both the Vivo S15 Pro and Vivo S15 handsets under this lineup. These two new Vivo phones have a 120 Hz display and a triple rear camera setup. 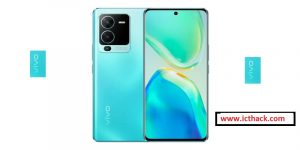 However, there are some significant differences between the Vivo S15 and the Vivo S15 Pro. For example, the Vivo S15 Pro comes with MediaTek Dimensity 8100, whereas the Vivo S15 model is powered by Qualcomm Snapdragon 870 chipset. Let us know in detail about the price, features, and specifications of these new Vivo handsets.

The sale of the Vivo S15 series smartphones will start in China on May 26 Both the handsets are currently available for pre-booking in the country However, the Vivo S15 Pro and S15 are yet to be announced in the Indian market.

See also  Mi Mix 4 will launch this year, with an under-display camera and curved display

For power backup, the Vivo S15 Pro comes with a 4,500 mAh battery that supports 80 watts of fast charging. The connectivity options of this device include 5G, 4G LTE, Wi-Fi 6, Bluetooth V5.3, GPS / A-GPS, NFC, and a USB Type-C port. Onboard sensors will include an accelerometer, ambient light, gyroscope, magnetometer, and proximity sensor. The Vivo S15 Pro also has an in-display fingerprint sensor for security. For audio, this Vivo device has stereo speakers with high-race audio and high-race audio wireless support. Lastly, the phone measures 157.9×63.52×7.55mm and weighs 16 grams.

For photography and videography, the Vivo S15’s triple rear camera setup has a 64-megapixel primary sensor with f/1.69 aperture and optical image stabilization (OIS) support, an 8-megapixel ultra-wide-angle lens, and a 2-megapixel interface. On the front of the phone, there is a 32-megapixel front camera sensor with an f/2.0 aperture.

For power backup, the Vivo S15 uses a 4,500 mAh battery that supports 8 watts of fast charging. Connectivity options of the Vivo S15 include 5G, 4G LTE, Wi-Fi 6, Bluetooth V5.2, GPS / A-GPS, NFC, and a USB Type-C port. Notable among the onboard sensors of this device are the accelerometer, ambient light, gyroscope, magnetometer, and proximity sensor. For security, this phone will also have an in-display fingerprint sensor. For audio, this Vivo handset has high-race audio and high-race audio wireless support. After all, the Vivo S15 measures 181.09×64.31×7.99 mm and weighs 196 grams.