The good news is, Xiaomi is taking special steps to improve Redmi’s budget phone performance: Xiaomi’s smartphones are quite popular for their attractive features and improved performance, as well as the company’s custom Android MIUI. In fact, Xiaomi’s MIUI, fun animations, and a variety of features enhance the experience of using Android, as well as provide their own security application on the device, such as speed booster, cleaner, app cleaner, battery management, etc. features are available. 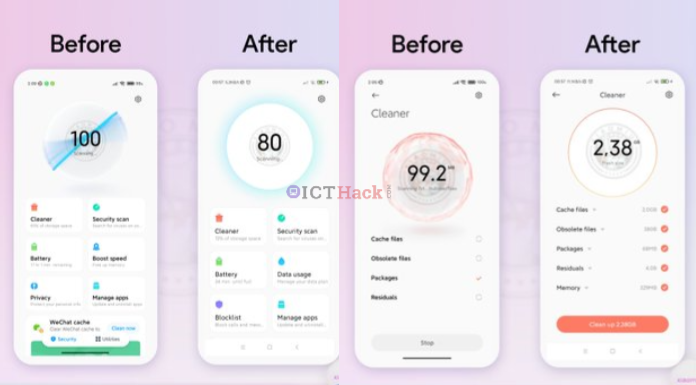 This security application has been around since the birth of MIUI, and even with the upgrade of custom skin, this app has changed. In the case of the new MIUI 12.5 version rollout, the Chinese tech giant is expected to bring a revised update to its old MIUI 10 custom skin. This update may be aimed at balancing the performance of the brand’s low-end device security apps by reducing animations.

Xiaomiui shared some screenshots from their Twitter profile, which looks like the company has removed the animations from its security app. In that case, the post clearly states that this change can only be seen in less powerful or older processor-powered entry-level smartphones. The company said that the changes will be made to the Redmi Note 8, Redmi 9, Redmi 9T, Redmi 9 Power handsets. As a result, the performance of the phones is expected to be better (or smoother) after this update.

In this context, MIUI’s security application is not the only app where Xiaomi is considering reducing animation. Earlier, the company also reduced the animation in the default weather application. Moreover, for better performance, the same decision may be made for other system applications in the coming days.

However, Indian users do not have to be disappointed or happy to hear this news right now. Because this change is currently limited to the Chinese MIUI ROM. Although it is expected that Xiaomi will soon bring this update for Global ROM. In that case, Indian users can visualize this change in the next few months.