The Honor 50 series is ready to rock the market, with a 106-megapixel camera and 100 watts fast charging: Honor has already announced that it will launch the Honor 50 (Honor 50) series of smartphones in China in June 16. Although the Chinese smartphone brand is not known, sources say that the Honor 50 series may have three handsets – the base model Honor 50, Honor 50 Pro, and Honor 50SE. Most recently, the high-resolution render of Honor 50 and Honor Pro phones was leaked. Today, Honor has officially released a new poster of this series of smartphones, removing the screen from the top of the rear panel design. 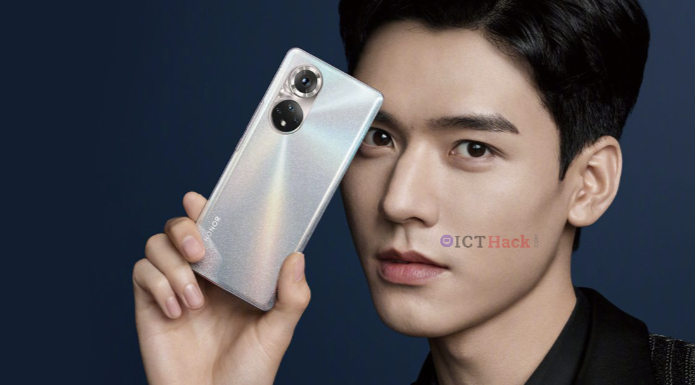 This poster shows a popular Chinese actor and model named Gong Jun holding an Honor 50 series smartphone. In another poster, the color variant of this series is mentioned. The Honor 50 series is available in Black, Green, Pink, and Silver color options. Also, the Honor 50 lineup will have a curved screen, a 100-megapixel camera, and 100-watt fast charging support.

On the other hand, an Honor smartphone with RNA-AN00 model number has been spotted on the Geekbench benchmarking platform. According to the listing, the Honor RNA-AN00 device will come with 8GB of RAM, Android 11, and a Qualcomm processor with a 1.60 GHz base frequency. Although the chip’s name is not explicitly mentioned there, a Chinese tipster claims it will run on a Snapdragon 8G processor. Thus, the RNA-AN00 could be the Honor 50 series smartphone.

Incidentally, there are rumors that the Honor 50 series will be the first smartphone with a Snapdragon 8G processor. The Honor 50 handset can have a 50-megapixel primary camera with f/1.6 aperture and 8-watt fast charging technology. The Honor 50 Pro will come with a 106-megapixel primary camera and 100-watt fast charging support. The third phone in the series, the Honor 50 SE, may come with a Snapdragon 8 processor. It is unknown at this time what he will do after leaving the post.

Mi Mix 4 will launch this year, with an under-display camera and curved display