The Infinix Zero X will surprise everyone, with a 108 MP camera with 160-watt fast charging support: There has been a lot of speculation recently about Infinix preparing to enter the flagship smartphone market. A few days ago in India, a smartphone with industry-leading 160 watts fast charging support was teased from Infinix’s social media handle. Now a post has been made from Infinix’s Twitter account in Pakistan. Where mentioned, this phone will support 50-watt wireless charging. As well as sharing the render, a news portal of that country claims, the name of this mysterious smartphone is Infinix Zero X. 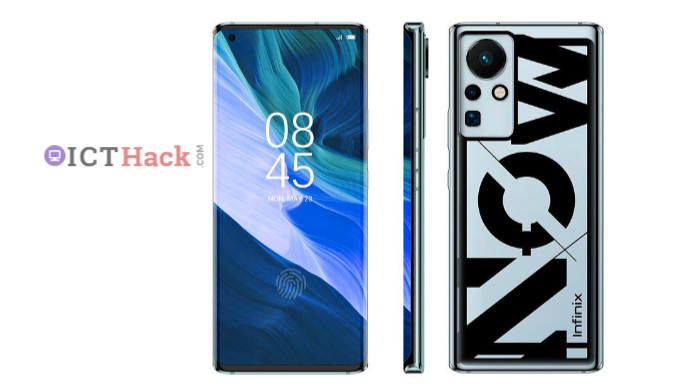 Infinix’s introduction has so far been limited to the entry and mid-range smartphone market. The company has not launched high-end specification smartphones. However, indications of this background change are found in a recent report by XDA Developers. They said that Infinix Super Fast is preparing a smartphone with 160W Fast Charge technology. XDA developers even posted a picture of a charger with 160 watts ultra flash charging text under the Infinix branding. A smartphone next to the charger was seen vaguely, but Tekmahal did not bother about it. But that smartphone is called Infinix Zero X and is now at the center of practice.

The render of Infinix Zero X flagship smartphone has leaked whatmobile in Pakistan. They claim that the name and specification of the device have reached them through sources from Kenya, where Infinix and Infinix’s parent company have a large market share.

The special attraction of the Infinix Zero X handset is of course the rear panel. The word “Now” from the company tagline has been branded in large letters there. The camera module is also designed in such a way that it looks like a premium phone at a glance.

The Infinix Zero X seems to come with an AMOLED display and an in-display fingerprint sensor. On the left side of the curved edge, the display is the cutout of the selfie camera. On the right side of the phone are the volume up-down and power buttons.

The Infinix Zero X smartphone will come with a triple rear camera setup. The primary camera will have a 108-megapixel sensor. The camera module also features a periscope lens with an ultraviolet lens and optical zoom support.

Last but not least, the main highlight of the Infinix Zero X is the 160-watt fast charging support. Besides, no other information has come out about the specification of the smartphone.

The Infinix Zero X could be launched in the third quarter of this year. Needless to say, with its high-end specification, it is set to hit the market as Infinix’s most expensive smartphone.