Honor Band 6 fitness band is coming to take care of health, available from Flipkart: Honor is preparing to launch their new fitness band, Honor Band 6 in India. The smart band was launched in China last November as the successor to Honor Band 5. It then entered the global market in March this year. But now that the new band is listed on Flipkart, it is expected that it will be available in India soon. 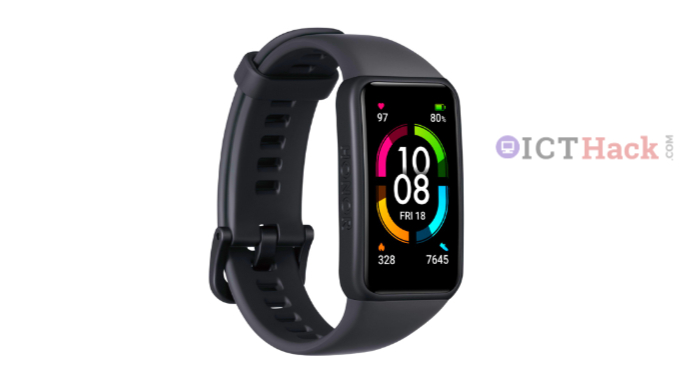 The e-commerce site has also introduced some features of Honor Band 6. As such it will come with an AMOLED display, 10 sports modes, and a long battery life of 14 days. Let’s find out all the features and prices of the Honor Band 6 fitness band.

We already know the features of the Honor Band 6 device due to its launch in different markets. The fitness band comes with a 1.47-inch AMOLED display.‌ To protect this display, it is provided with 2.5D curved glass. The Honor brand name can be seen on the left side of the device, and on the right side, there is a red button. For power backup in the fitness band, a battery of 180mAh capacity is available. Which will last up to 14 days for normal use and up to 10 days for overuse. In this case, the company claims, their device comes with magnetic fast charging support, it will be active for 3 days on a short charge of only 10 minutes.

The Honor Band 6 device is characterized by its health sensor feature. With it, SpO2 can be used for blood oxygen monitoring, heart rate tracking, and sleep tracking. Again, for female users, the company has included in their band, menstrual cycle tracking, and ovulation tracking features. In addition, the fitness band has 10 different sports modes available, which will enable it to auto-detect activities such as walking, running, rowing machines, and elliptical machines.

In addition, users will be able to customize the display of the smart band. For this, more than 100 dial face options have been made available in the ‘Watch Face Store’. Again, users can choose an album photo as a watch face if they want. It also has the option to control display notifications and music tracks. Let me tell you, this fitness band comes with water resistance up to 50 meters.

The non-NFC-supported variant of Honor Band 6 was launched in China at 249 yuan or about 2,835 rupees. And it was priced at 49.9 euros, or about 4,425 rupees, on the world market. In that case, the price of the Honor Band 6 fitness band in the Indian market may be kept close to Rs 3,000. It is available in Metaurite Black, Sandstone Gray, and Coral Pink color variants.