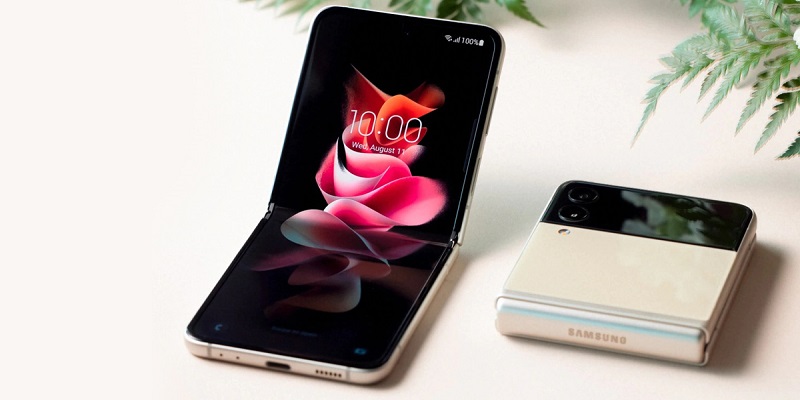 As a result, messages/notifications, camera previews, system alerts, battery information, time, Viewing dates has now become more convenient. One of the main highlights of the Galaxy Z Flip 3 is the S Pen or Stylus Pen support. Samsung has introduced the S Pen in this first foldable phone outside the Galaxy Note series. Let’s take a look at the full specification and other features of the Samsung Galaxy Z Flip 3.

Display – Expectations are high about the display of a foldable phone. However, the Samsung Galaxy Z Flip 3 did not disappoint. The phone has a 6.6-inch Dynamic AMOLED 2x Infinity Flex display that will offer full HD Plus resolution (1080×2640 pixels) and a 120 Hz adaptive refresh rate. The display has an aspect ratio of 22:9 and a pixel density of 425 PPI. The number of pixels in the new Galaxy Z Flip 3 has been increased compared to the predecessor.

Camera – The Galaxy Z Flip 3 has a 10-megapixel camera with a small punch hole cutout in the primary display for selfies and video calls. On the other hand, the back of the phone has a dual rear camera – a 12-megapixel primary camera with optical image stabilization or OIS and f/1.8 wide-angle lens, and a 12-megapixel ultra-wide camera.

Performance – The Galaxy Z Flip 3 comes with Snapdragon 888 5G processor to give pure flagship performance. As a result, the phone will no longer hang; It will go much faster. Comes with 8 GB RAM and 256 GB internal storage For power backup, the phone has a 3,300 mAh dual-cell battery that supports 15 watts of fast charging. The Galaxy Z Flip 3 will also support wireless charging and reverse charging.

The Samsung Galaxy Z Flip 3 starts at 999 Dollars, equivalent to Rs 74,200 in Indian currency. The phone is available in Cream, Green, Gray, Lavender, Phantom Black, Pink, and White. The sale will start on August 27 in global markets including America, Europe, and South Korea. Samsung has yet to say when the Galaxy Z Flip 3 will launch in India or what the price will be. However, the tech giant is expected to announce something soon.